What is a Buyer’s Agent and Why do I Need One?
How Buyers Can Benefit From the Biggest Opportunities in Years.
Taking the Stress Out of Selling.
Finding Value in a Changing Market. 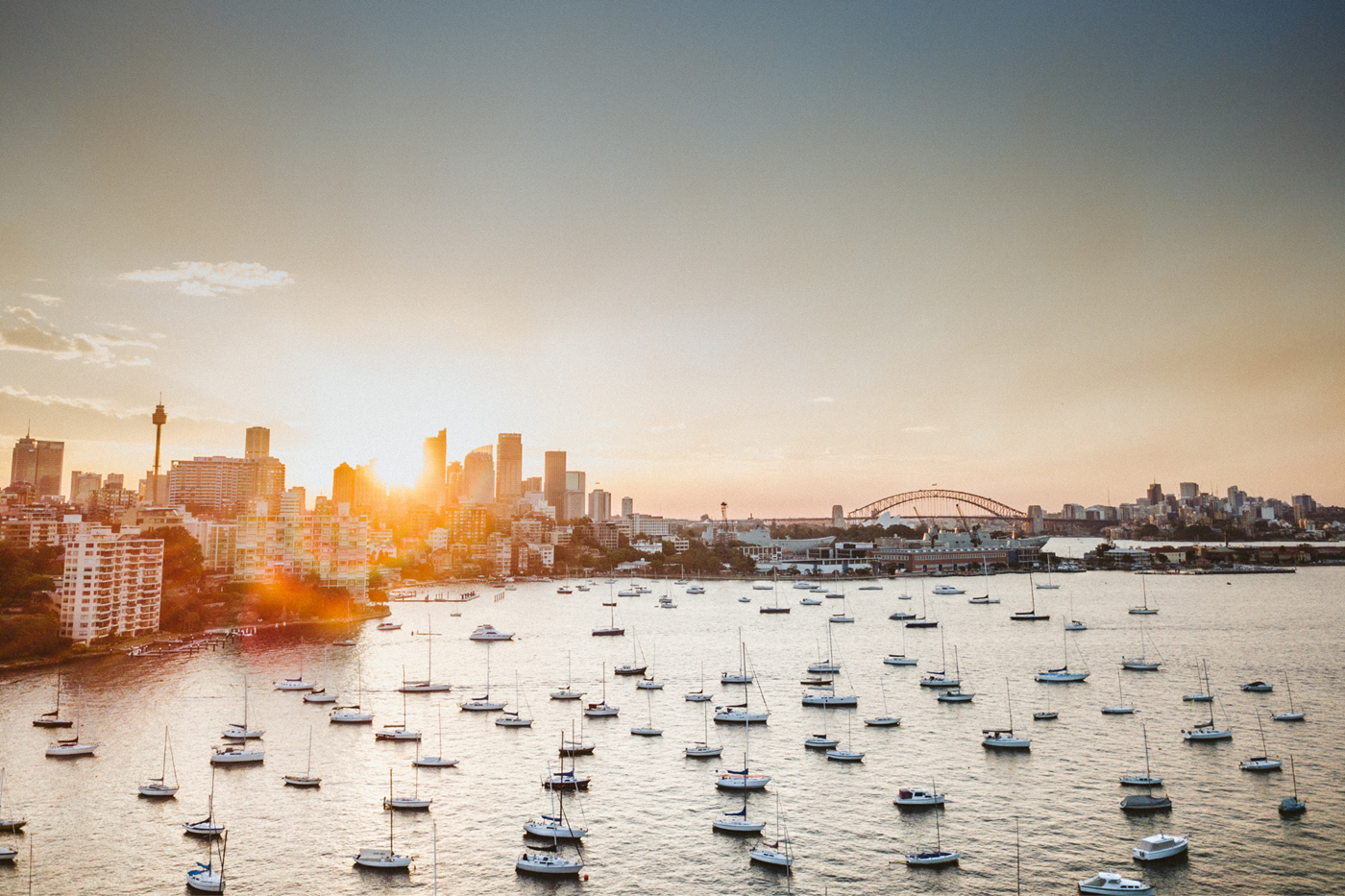 Reece Coleman, Head of Advisory at Maker Advisory, looks at the 7 property trends for 2022. From investors to owner-occupiers, there is something for every kind of buyer over the next 12 months.

Property hunters can look forward to a less heated market in 2022 while investors benefit from rising rents. The New Year will also bring growing demand for townhouses and inner-city apartments as sea-changers return, and price pressures placed on new home builds by increasing construction costs and labour shortages.

The heady price rises which put record profits in the pockets of Australian homeowners in 2021 are already starting to flatten. In Sydney alone, home values jumped a notable 30.4 per cent in the past 12 months. However, Australian Bureau of Statistics figures show new mortgage commitments retreated 2.5 per cent to under $30 billion in October. What’s more, it has occurred at the expense of the new homebuyer as it was driven by a 4.1 per cent drop in owner-occupier new borrowing.

Here are the main trends to watch for in the coming year:

Expect the renovation frenzy – ‘The Block’ effect – to wear off as increased material costs and labour shortages take hold. The same will apply to the home building market. According to Global engineering consultancy Arcadis, Sydney was the 29th most expensive in Australia for construction in 2021. CoreLogic data further shows residential construction costs rose nationally by 3.8 per cent in the three months to September this year, a jump that outpaced the CPI (0.8 per cent) over the same period. While competition for work may see some downward pressure on construction in the next few months, inflationary pressures will re-emerge: Arcadis forecasts Sydney’s construction tender costs to increase by 2.5 per cent annually until 2025 while Melbourne’s have already increased 1.5 per cent during 2021.

Anecdotally, we are seeing a mass exodus of tradespeople to lifestyle locations such as Byron Bay or switching jobs for higher pay. One of our builders lost three foremen for similar reasons. Tradespeople are constantly revising quotes during renovations due to the speed of rising material costs.

International students and skilled migrants have started returning, albeit slowly. In December 2021 these two groups were finally permitted to enter the country again without an exemption as the government softened tough border policies for the first time in 18 months. At present all are still required to self-isolate for 72 hours upon arrival as do Australian citizens, but Omicron aside, this has allowed universities to welcome the first intake of international students in two years. As arrivals increase it will flow through to increased demand for leased properties and help kick start the recovery of inner-city rental markets hampered by border closures and lockdowns.

3. Increased demand for city apartments and a metro base

We are still to see just how much flexibility companies are truly prepared to give their workers. Some employers are having tough conversations with people who fled Sydney during the pandemic, finding themselves facing situations where employees work in Sydney but are suddenly living in the Hunter Valley or the Gold Coast. Many employers are justifiably requesting their workers return to the office at least part of the time. For this reason, we are going to see some people return to their home base or buy or lease a small property in the city. Maker Advisory is already seeing demand for compact city apartments. We have experienced several cases where parents are buying two or three-bedroom apartments in proximity to city centres for the dual purpose of giving their children a base for attending university as well as themselves when required for work.

4. The rise of the townhouse

Priced out of freestanding houses, many young professionals are now turning their attention to strata-titled townhouses, villas and apartments that offer good lifestyle amenity. Maker Advisory is seeing solid demand for townhouses within 10km of the Sydney CBD, with property hunters perfectly content to buy a townhouse in suburbs such as Warriewood on the Northern Beaches or Castle Hill and North Ryde in the north-west.

My firm opinion is that buyers will increasingly view these styles of properties as a viable option to a freestanding family home and its attendant maintenance costs. It is now apparent Australians are increasingly resigned to apartment and apartment-style living.

5. Less fuel for the property fire

Come the New Year, do not expect properties to sell like hotcakes regardless of condition or location. In the past 12 months, every property sold no matter these two critical factors. However, as we approach a more balanced market, higher numbers of properties will struggle to sell. A standard home on a main road, for instance, will not be whisked off the market within a week. Agents may face difficult conversations with vendors who still expect 2021-style prices, thinking their home should fetch $3.1 million just because their neighbour’s sold for $3 million last year.

Price disparity will also return as more stock flows onto the market, especially in autumn and the first major selling period of 2022. Maker Advisory expects this time to see more properties go to auction but more to pass in. This will not so much be a reflection on a property, but a result of buyers not emptying their pockets to purchase at all costs as they did in 2021.

Buyers, be ready: Premier Dominic Perottet’s six-city mega-region plan announced in December will fuel greater growth and investment opportunities across the already burgeoning Illawarra, Newcastle and Central Coast areas. This plan recognises these regional centres are now virtually no further or more difficult to reach from many parts of metropolitan Sydney as Penrith is from the CBD. The Greater Sydney Commission is to now include these three regions, and a $5 billion fund for parks, modernised schools and high streets in western Sydney has been pledged as an initial step toward the State government’s chief goal to enhance liveability.

This is all particularly good news for investors and owner-occupiers alike. The plan, an expansion of the three cities concept announced by former Sydney lord major Lucy Turnbull five years ago, will lead to further infrastructure, job creation and city-building within these areas, and hopefully, allow first home buyers a chance to get on the first rung of the property ladder in these areas.

Investors at the ready! Our buyer’s agents at Maker Advisory are keeping a close watch on those ‘sleeper suburbs’ within regions targeted by the State government’s six-city plan, those traditionally old-fashioned but now up-and-coming areas near beaches and amenity that are still to see significant shifts in property prices. These include such suburbs and areas as Long Jetty, Umina, The Entrance, Wyong and Budgewoi on the Central Coast, and, in the Illawarra, Shellharbour, Albion Park and Oak Flats. Many of these suburbs offer great lifestyle benefits with proximity to beautiful beaches and bushland as well as public transport, schools and shopping hubs.

Last but not least, the 2032 Brisbane Olympics might be a full decade away, yet there is every reason to keep a watch on property markets in the Sunshine State capital. In years to come, Brisbane will be increasingly regarded as more of a contemporary of Sydney and Melbourne and no longer the ‘little sibling’.

As Head of Advisory at Maker Advisory, Reece is considered the voice of buyers in Australia and is driven to make the market work for you. Read Reece’s bio.

Our agents understand the ins and outs of the industry and are equipped with efficient strategies to get you the outcome you desire. View Our Services for more information.

Whether you are looking for support in hotspots like Sydney, Melbourne, Brisbane, Adelaide, Perth, the Gold Coast, the Sunshine Coast, or in any other city or regional centre in Australia, we have the network to help you realise your property goals sooner – Contact us today.

Popular
Why Buyers Are Hooked on ‘Rightsizing’ Into Premium Apartments.
Why Now Is The Time To Buy Property.
How to Make the Moody Property Market Work for You.
How Buyers Can Benefit From the Biggest Opportunities in Years.
Tags