What is a Buyer’s Agent and Why do I Need One?
How Buyers Can Benefit From the Biggest Opportunities in Years.
Taking the Stress Out of Selling.
Finding Value in a Changing Market.

How to Make the Moody Property Market Work for You. 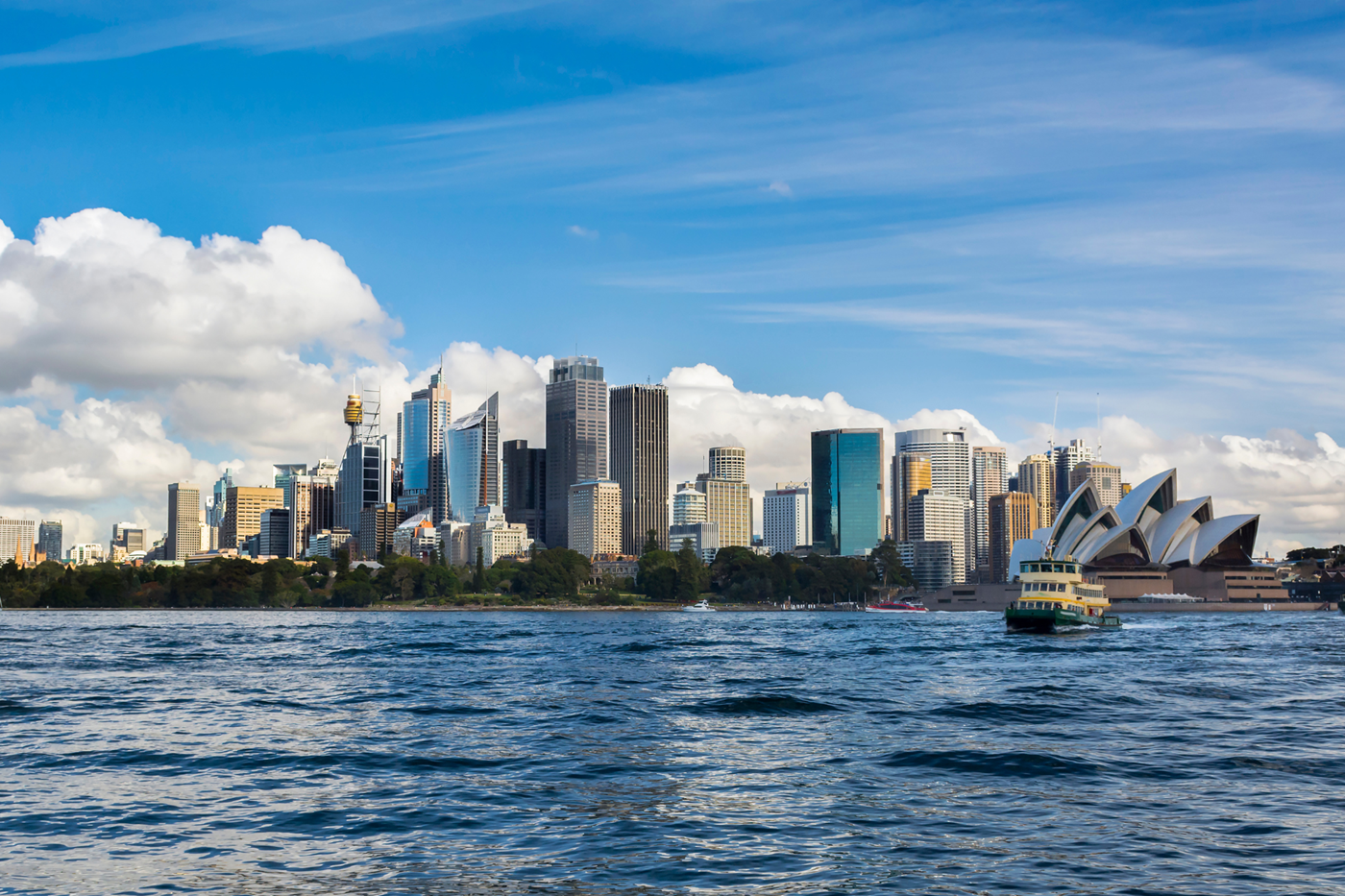 The question on any buyer’s lips is not so much whether property prices will fall but by how much further and when. Any trepidation they may be feeling is understandable given that property prices are easing against a backdrop of rising interest rates, growing inflation and global economic uncertainty triggered by Russia’s invasion of Ukraine. This confluence of factors is impacting consumer confidence across the board.

There is no doubt rising interest rates have placed downward pressure on housing markets too – but bear in mind that Sydney prices are still up 29.6 % since the pandemic started, have been easing only in the past three months and in that time have retreated by an average 1.5% according to REA Group data. Forecasts by major banks as to how much further house prices will fall this year vary widely, from 20% (ANZ) to just 3% (Westpac). What is more certain is the intention of the Reserve Bank of Australia which in May lifted the cash rate from its record low 0.1% by 25 basis points and then followed it with back-to-back 0.5% rises to its current 1.35%. The general expectation among economists is for at least another three rate rises before the year’s end.

Also contributing to consumer hesitancy is a ‘wait and see’ attitude lingering since before the federal election. Markets traditionally slow prior to an election, and this time it appears many potential property buyers and vendors are staying in their holding pattern a little longer while gauging how conditions unfold under our new government.

But these factors are still not slowing the market down. Last month listings hit fresh highs in one of the sharpest increases this year. CoreLogic data shows there were 7.5% more homes for sale in March 2022 than March 2021, while in June, new listings on realestate.com.au were up 8.5% - making it the busiest June since 2011.

While listings are expected to taper off as is usual during the next few winter months, anyone feeling nervous about the market needs to realise the combination of economic challenges and softening home prices does not automatically mean a doom and gloom scenario for property. There are no economic indicators to make us fear a dramatic fall in home values is imminent. Instead, these conditions are part of the regular real estate cycle and simply call for more research, care and nous to uncover good deals.

We as buyer’s agents know that no matter what is said or forecast for the greater market, there are many pockets, or sub-markets, where buying opportunities are almost always ripe. Different drivers affect property sub-markets such as the prestige, first homebuyer, growing families and downsizer markets – and right now, conditions are especially favourable for the latter said Maker Advisory’s head of advisory Reece Coleman.

“The market economics are still favouring downsizers,” Mr Coleman said. “There are amazing opportunities for this group as prices for the typical large family homes they wish to sell increased so much last year, and house prices, in general, have risen far more than apartments over the past few years. It’s an ideal time to get a premium for the large home they no longer need and then move into a luxury apartment or the next stage toward retirement.”

Be Realistic About Property Cycles

In a market such as this one, Mr Coleman advises buyers to maintain focus on market fundamentals and then be willing to ride the property cycle’s highs and lows and especially any reversals. Play the long game.

“It must be acknowledged that the home price rises we saw last year were an anomaly - once-in-a-lifetime hikes in values that sent median house prices in Sydney soaring almost 25%,” Mr Coleman said. In some parts of the city’s prestigious Eastern Suburbs median prices shot up an astonishing 52%. It was only to be expected that prices would ease after such heady spikes.

But now those gains have been locked in over the past 18 months placing many people in a strong position to sell. “People are likely to take advantage of last year’s spectacular rise in values and cash in their chips,” Mr Coleman said.

It may come as a surprise to those who haven’t dipped their toe in the market this year, but there has been no shortage of activity since January. The most recent analysis from REA Group shows that not only was market activity in June the busiest for that particular month in more than a decade, but there were also more new listings nationally across the first half of the year than during any year since 2015.

This activity had been robust in many parts of the housing market, said REA economist Angus Moore, adding that conditions would likely slow a little as we moved into the typically quieter winter selling period.

“Though selling conditions broadly have begun to temper after a very strong spring 2021 and early 2022, fundamental drivers of demand remain strong with unemployment low, wages growth expected to pick up over this year and international migration now returning,” said Mr Moore.

All this means home buyers and investors are more spoilt for choice than they have been in years – with the bonus of lower prices than in 2021.

“Home prices are finally falling in many cities after growth hit multi-decade highs in 2021,” Mr Moore said. “The wave of new supply coming to market over the first half of the year—particularly in Sydney, Melbourne, and Canberra—also lifted the stock available on market and eased how competitive conditions had been.”

Mr Coleman said buyers should remember that desirable properties that tick all the right boxes will always be hotly contested and potentially draw strong prices.

Rents Are on the Rise

Maker Advisory was among those to correctly forecast rents would rise this year after falling during the economic hardships brought on by the pandemic. In some of the best news investors have received in a while, rents have gone up an average of 9.1% in the year to June according to CoreLogic data.

Maker Advisory’s buyer’s agents are witnessing a rapid change in rental markets everywhere, according to Mr Coleman. “I’ve seen many cases where say a unit is renting for $430 per week when the same apartment next door is achieving $550 per week because it’s just been leased,” he said. “Lower rents negotiated during Covid are coming to an end in the inner city and rents are going up around 20% to 30% in all those key places targeted by investors such as suburbs near universities, the CBD and larger urban hubs.”

Look to the Long Term

With so many factors swirling around the market and jangling the nerves of even seasoned property players, we are reminding all our buyers and vendors to ground themselves in the big picture – because no matter what occurs in the short term, property prices have always risen over the long term.

It gives all of us great peace of mind to look at the hard evidence of the big property picture which shows the median growth rate in Sydney property values climbing around 7.4% over the last 40 years. Take a microscope to values on a year-by-year basis however and the wild swings in values could send your blood pressure on the same trajectory—prices dropping by almost 8% in some 12-month periods, growing less than 4% in others, then rising a respectable 10%, or in years like 2021, rocketing up a disproportionate 20% plus.

“The clear message here is that property is a medium to long-term investment,” Mr Coleman said.

Whether you are looking to buy in hotspots like Sydney, the Central Coast, Canberra, Melbourne, Brisbane, the Gold Coast, the Sunshine Coast, or any other Australian city or regional centre, speak to one of our buyer’s agents today to learn more.

Our buyer’s agents know the ins and outs of buying property and can connect you with financial advisors and providers to help you put your best foot forward and successfully enter the real estate market.

Whether you are looking for support in hotspots like Sydney, the Central Coast, Canberra, Melbourne, Brisbane, the Gold Coast, the Sunshine Coast, or in any other city or regional centre in Australia, we have the network to help you realise your property goals sooner.

To find out more, view Our Services.

Popular
Why Buyers Are Hooked on ‘Rightsizing’ Into Premium Apartments.
Why Now Is The Time To Buy Property.
How to Make the Moody Property Market Work for You.
How Buyers Can Benefit From the Biggest Opportunities in Years.
Tags